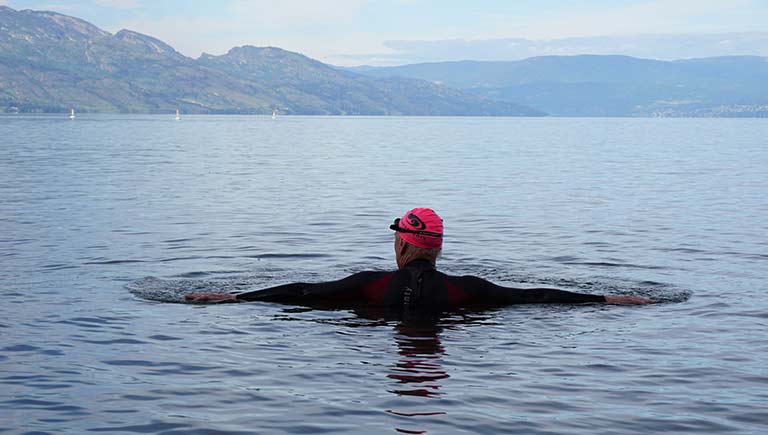 We recently announced that we are offering “free registration for all swimmers born in 1949, the first year of the Across the Lake Swim.” We also said we would “like to celebrate with a few more 70-year-olds” at this year’s event on July 14, 2018.

For anyone doing the math, this doesn’t quite add up. It is the 70th anniversary of the swim since year 1 occurred in 1949. However, if you were born in 1949 this will be your 69th birthday year.

This math malfunction led to a number of emails from some astute 69 and 70 year old swimmers. “I have done the swim many times and would like to take advantage of the fact I am seventy and the swim is about to celebrate being 70 years old,” said Dwight Carroll.

“It had me questioning my age. For a second, I really thought I might be turning 70 this year” said a soon to be 69 year old swimmer, who asked to remain anonymous.

“There’s really no excuse for it,” said Alexis MacMillan, Media Volunteer for the swim and writer of the announcement. “I actually really like math.” Fortunately, Peter Rudd, Race Director for the swim, has made the decision to include both groups. “We’re going to do the right thing. If you’re born in 1949 OR if you’re 70 we would love you to come swim for free,” said Rudd. Our whole team told me “Let’s make the celebration even bigger because that aligns with the spirit of our event.”

To obtain a free registration, send proof of birthdate to registrar@acrossthelakeswim.com